WHAT’S COOKING: Italy and Turkey on the steps of Aeneas for a quality tourism 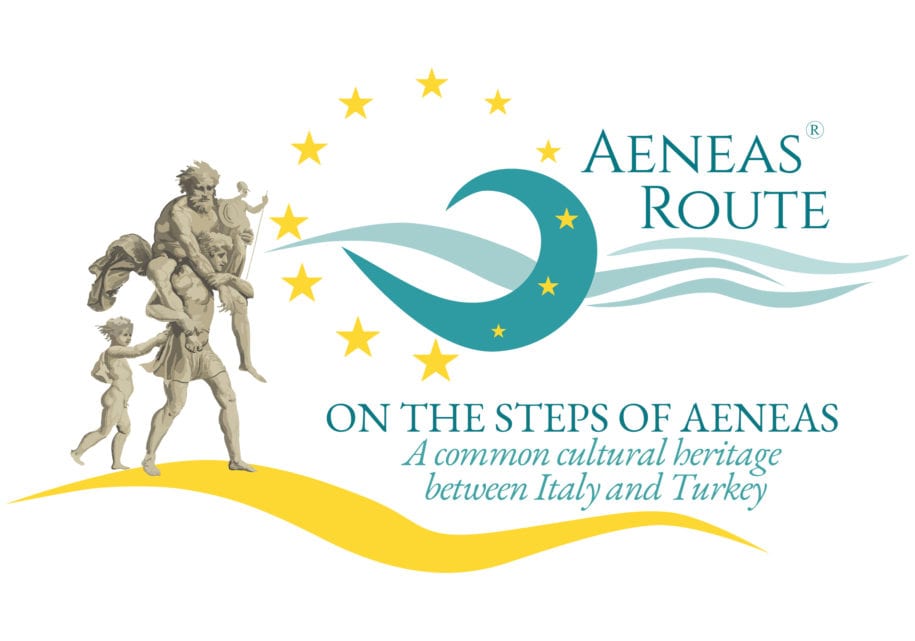 Some virtual tours on Aeneas’ route, archaeological symposia, meetings on European cultural routes. This is how Aeneas’ Route introduces itself in the international project On the Steps of Aeneas: a Common Cultural Heritage between Italy and Turkey (April 2021), presented by the Aeneas Route Association, in association with the Municipality of Edremit and the Sapienza University of Rome. Funded by the Grant Scheme for Common Cultural Heritage: Preservation and dialogue between Turkey and the EU-II (CCH-II), the project involves an international archaeological symposium in Turkey, an international symposium on European cultural routes at the Sapienza University of Roma and the creation of the platform A.R.I.S.T.E. (Aeneas Route Information System for Tourism and Education) to publish virtual tours of the archaeological sites related to the Aeneas’ Route and some informative and multimedia contents on tourism and education.

Aeneas in Campania, a cruise and a festival

The Cilento coast holds the memory of Palinurus, Aeneas’ mythical helmsman; in Cyme Sybilla predicted the fate of the hero running away from Troy. The Campania region represents an emblematic crossroad in Aeneas’ adventure. This is the reason why the Aeneas’ Route Association proposed to the Region, together with several Campanian towns, the Archaeological Park of Phlegraean Fields and the Archaeological Museum of Naples, which stores the frescoes from Pompei portraying a wounded Aeneas and Dido and Aeneas, a networking activity to bring to life the “Cruise of Values”, a replica of Aeneas’ journey to promote, addressing in particular the younger generations, values such encounter, dialogue, union, all values that represent the core of the Mediterranean and European culture and identity. It’s also being planned, for the year 2022, a festival dedicated to Aeneas hosted in the metropolitan area of Naples. 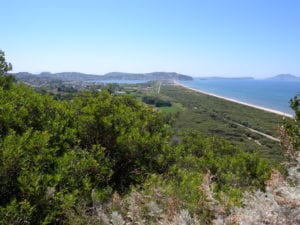 Rome on foot to discover Aeneas

Aeneas’ Route presents a stop with three itineraries through the heart of Ancient Rome, in between the places of Aeneas and Augustus’ Rome, led by the archaeologist Raffaele Palma and Nicoletta Cassieri’s scientific counselling, with the aim of introducing the symbolic locations where history and myth, literary heritage and archaeological evidences, meet. These Roman walks take the title “The Culture on the move: Aeneas’ Route in Rome”. They have been organized through a partnership between the Aeneas’ Route Association and the Happening Cult Cultural Association (www.happening-cult.com). The scheduled dates are Sunday, 11th of April; Friday, 23rd of April; Sunday, 9th of May. The guided tours put together the narration of the different mythological traditions and the reading of selected excerpts from ancient sources, describing the ruins of a city that represented the epicentre of a majestic Empire. All those signing up for the event will receive image and documental material prepared by the archaeologist of the Aeneas’ Route Association beforehand. 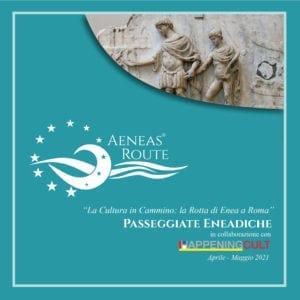