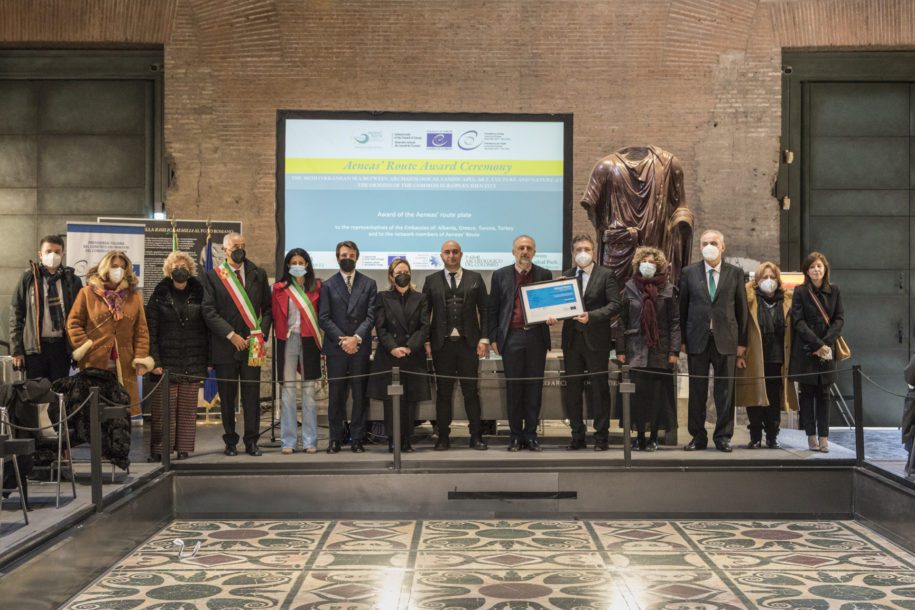 On 26 January 2022, the Aeneas Route Association received the prestigious award of Cultural Route of the Council of Europe. The award was presented at the Colosseum Archaeological Park by Stefano Dominioni, Director of the European Institute of Cultural Routes and Executive Secretary of the Enlarged Partial Agreement (EPA) on Cultural Routes, together with representatives of the Italian Ministries of Culture and Foreign Affairs.

Mr. Dominioni was welcomed on behalf of the Aeneas Route Association by its President Giovanni Cafiero, who in turn presented the plaques of the Association to the institutions which have supported the project from its very outset: the Colosseum Archaeological Park (in the person of its Director Alfonsina Russo); the Archaeological Park of the Phlegraean Fields; the Municipalities of Gaeta (Italy) and Edremit (Turkey); the Lavinium Foundation; representatives of the Embassies of Albania, Greece, Tunisia and Turkey.

The award ceremony was also attended by: Ambassador Valeria Biagiotti, head of the Italian Task Force for the country’s Presidency Semester of the Council of Ministers of the Council of Europe; Giuliana De Francesco, Italian representative at the Enlarged Partial Agreement (EPA) on Cultural Routes of the Council of Europe; Lorenza Bonaccorsi, President of Rome’s I Municipio (representing Mayor of Roma Capitale Roberto Gualtieri); Alessandra Troncarelli, Lazio’s Councillor for Culture (representing regional President Nicola Zingaretti); members of the international network of the Aeneas Route Association and of its Scientific Committee; in addition to several cultural operators.

During the ceremony, which was moderated by Roberta Alberotanza (member of the Italian Task Force for the country’s Presidency Semester of the Council of Ministers of the Council of Europe), several videos edited by the Aeneas Route Association were presented, summarising some of the activities carried out in 2021. These included images of the archaeological landscapes dotting the route of the new itinerary, going from Troy to the coasts of Lazio through the fascinating landscapes of the Mediterranean coasts.

The morning concluded with a guided tour of the Fori, deeply linked to Aeneas’ myth, from its tradition of the first Roman kings to the cult of the Vestal Virgins and Venus, Aeneas’ mother and progenitor of the gens Iulia. 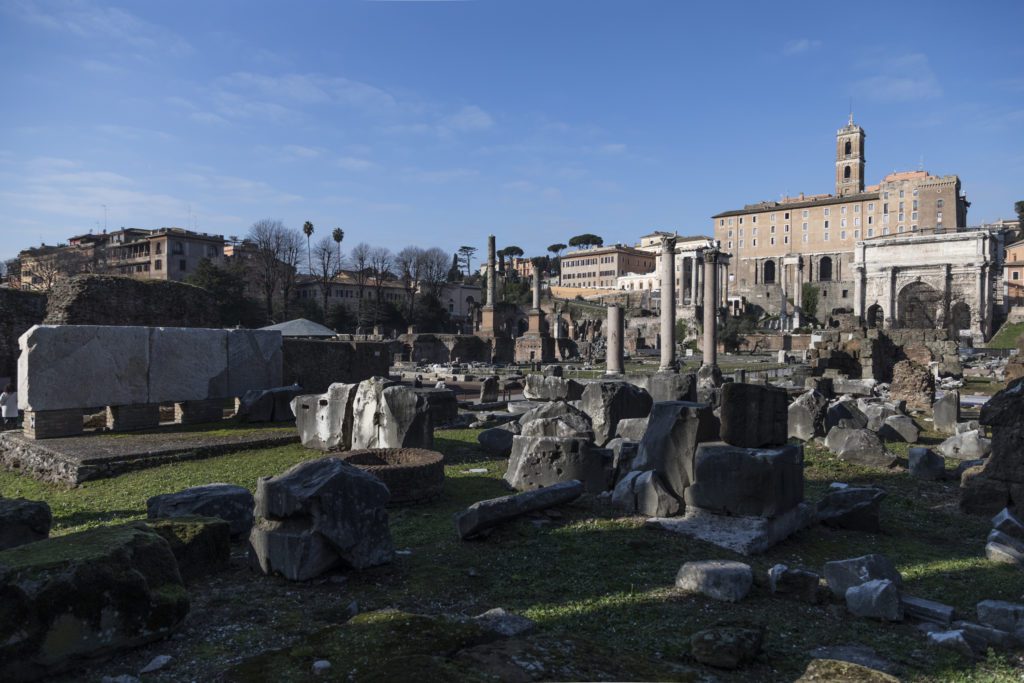 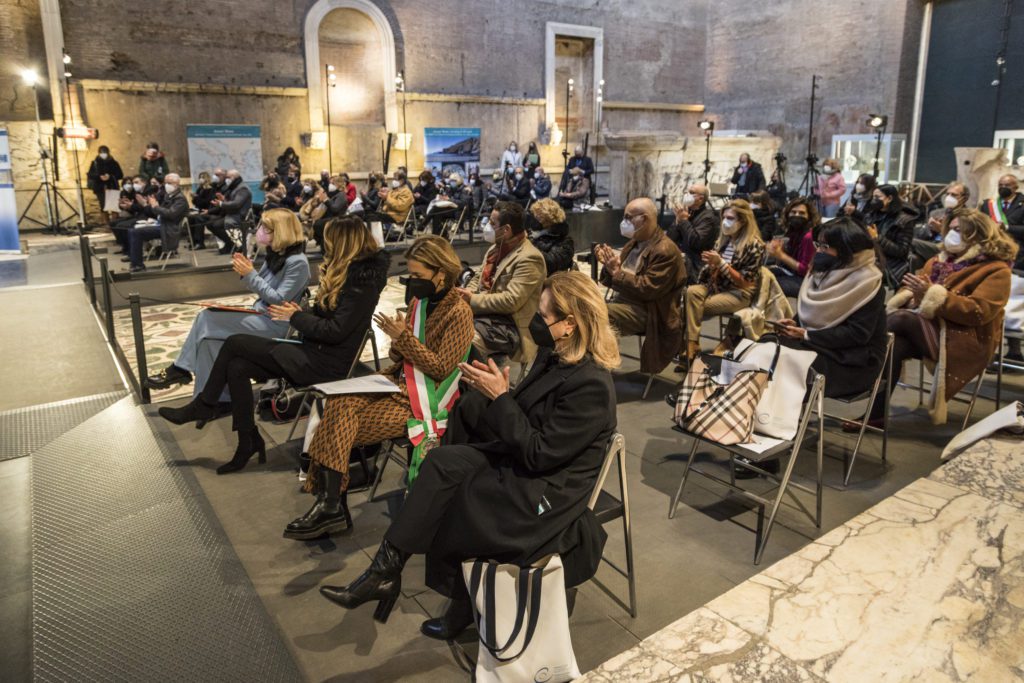 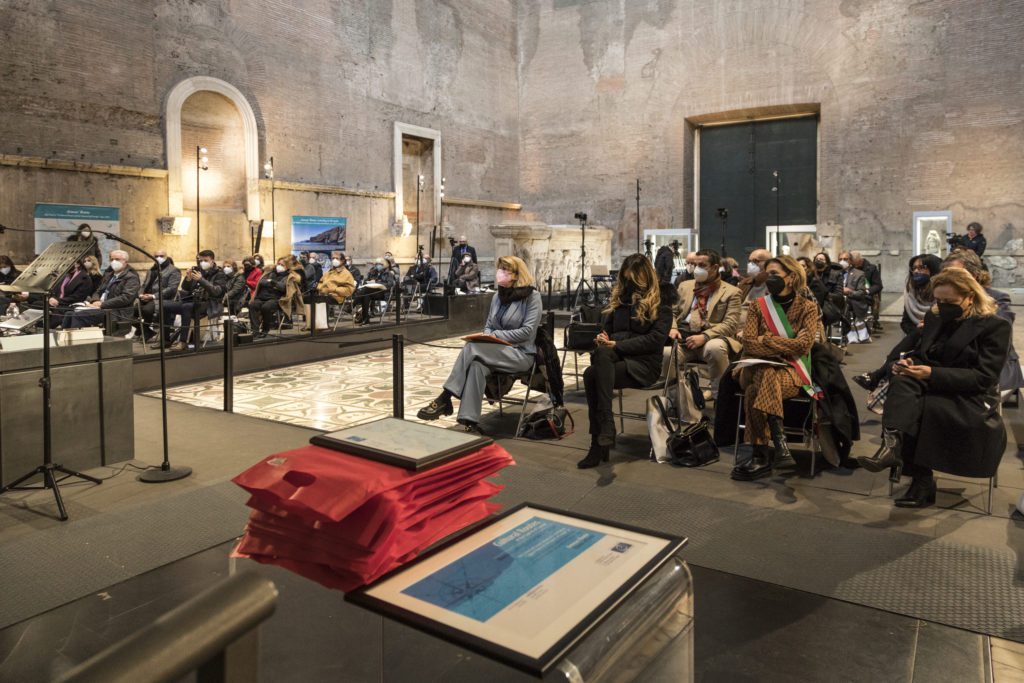 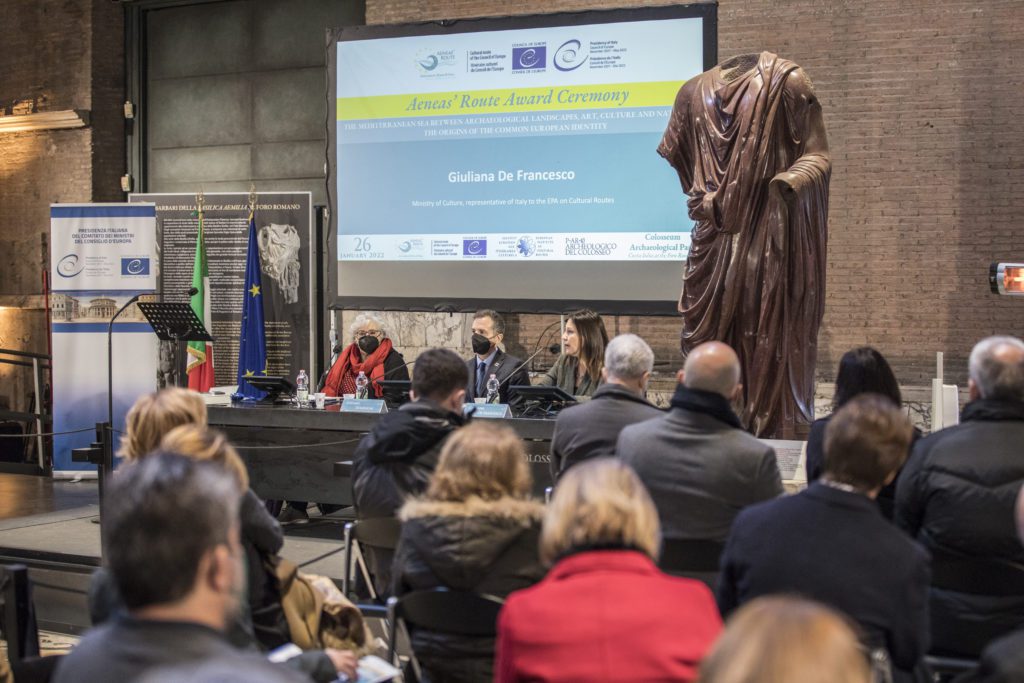 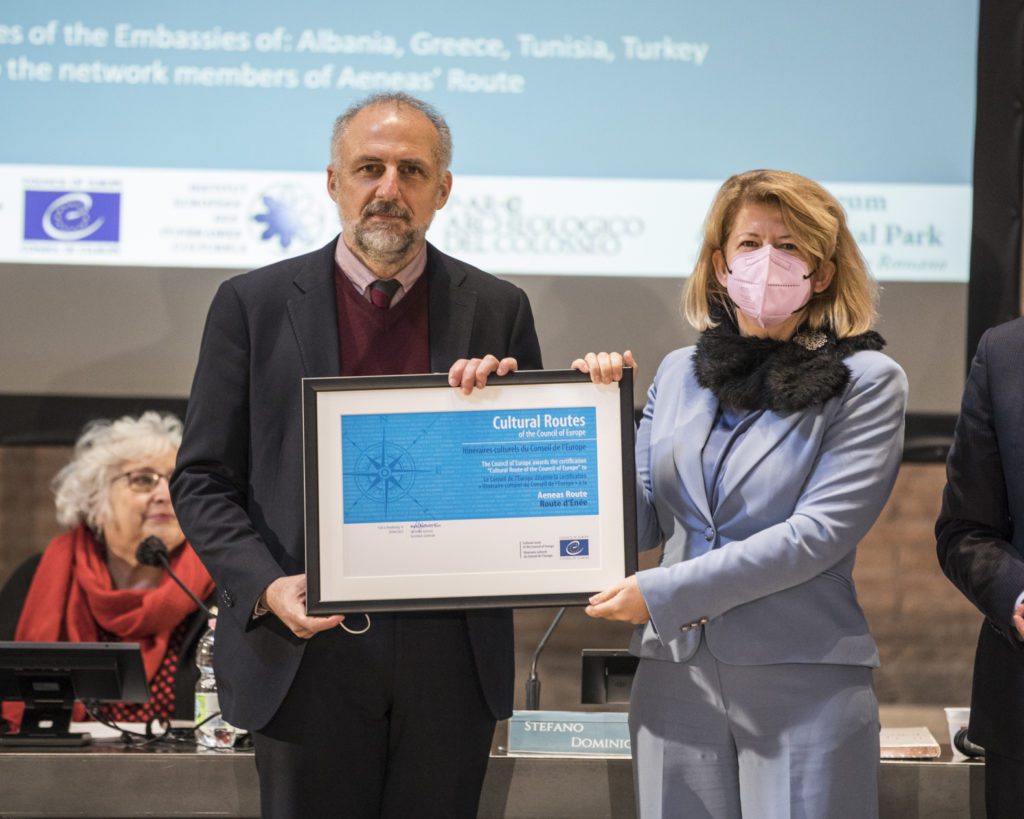